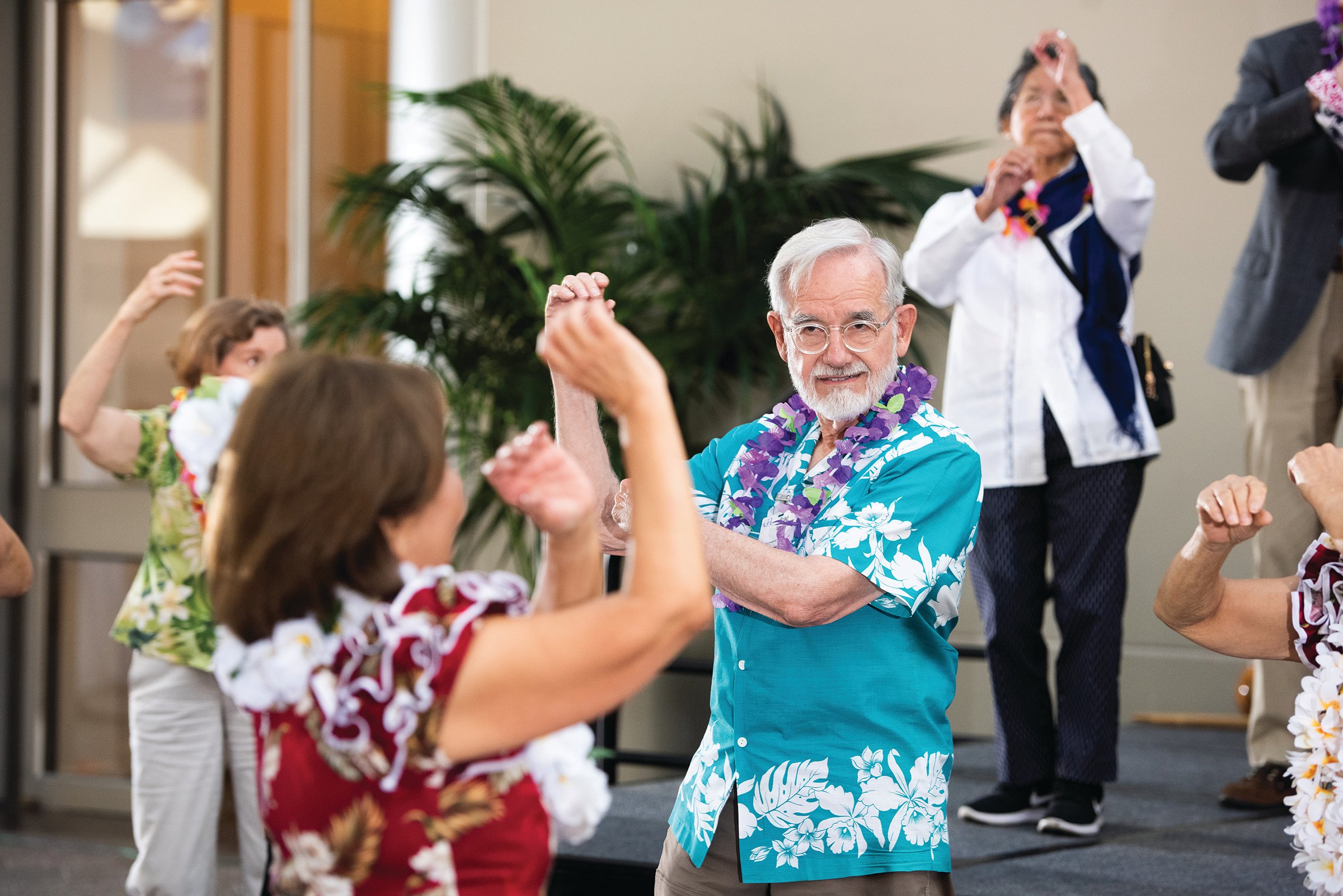 Addressing the Need for Accessible Brain Health Resources for Seniors

I sang 30 years with a GRAMMY nominated choir, celebrated six years of marriage with my new wife, and recently wrote an article about my model railroad for publication in a national magazine. I am also losing my memory.

Damn, you say? No, not entirely.

When I was 80 I heard about Goodwin Living and thought it was a nice “retirement home”. My late wife taught tai chi at one of the Goodwin Living campuses and heard about their aging-in-place program. She signed us up for Goodwin Living at Home (GLAH), which is like long-term healthcare, but with added features. We happened to be the first to sign up for this program in all of Virginia. We were looking forward to a celebratory dinner when she suffered a fatal heart attack.

About six months later, at choir rehearsal, I met a young woman after the maestro had changed the seating plan. I had an extra ticket to an opera, she could go, and we got married in 2016. We found a “superior fix” for our new home, and the experts at Goodwin Living advised us on safety features like as door widths for wheelchairs, bathroom grab bars and floor level lighting for stairwells. We moved in when I was 83.

In the meantime, Goodwin Living was developing a strategic plan to “adjust the curve”. Imagine a graph that plots health as a function of age: the typical aging process shows that health declines as age increases. Goodwin Living has focused on improving the health of aging people well into their later years, including strategies targeting dementia.

I was drawn to StrongerMemory because I recognized my growing inability to remember familiar names and words. For example, I recognized the bush planted in our garden, but several times the words “crape myrtle” just didn’t come to mind. It was obvious to me that I still knew many things but was losing my ability to recall them at will.

I have been participating in StrongerMemory for two years now. After doing the exercises and meeting other participants online each week, including Rob’s mother, Wendy, I learned to relax, focus on one topic, and then wait for the information I was looking for to appear. What he does.

As a nation blessed with millions of adults 55 and older who still have much to contribute, we are responsible for providing them with accessible resources to protect, nurture and restore their brain health. My quality of life is better and my ability to live independently is improved due to my participation in StrongerMemory. I want other seniors to enjoy these same benefits. You can make a difference by encouraging the seniors you love and care for to participate in StrongerMemory.

I just turned 88. And I still want to win a GRAMMY.

Brad Stanford is a retiree and a member of Goodwin Living at Home living in Arlington with his wife, Susan Stanford.