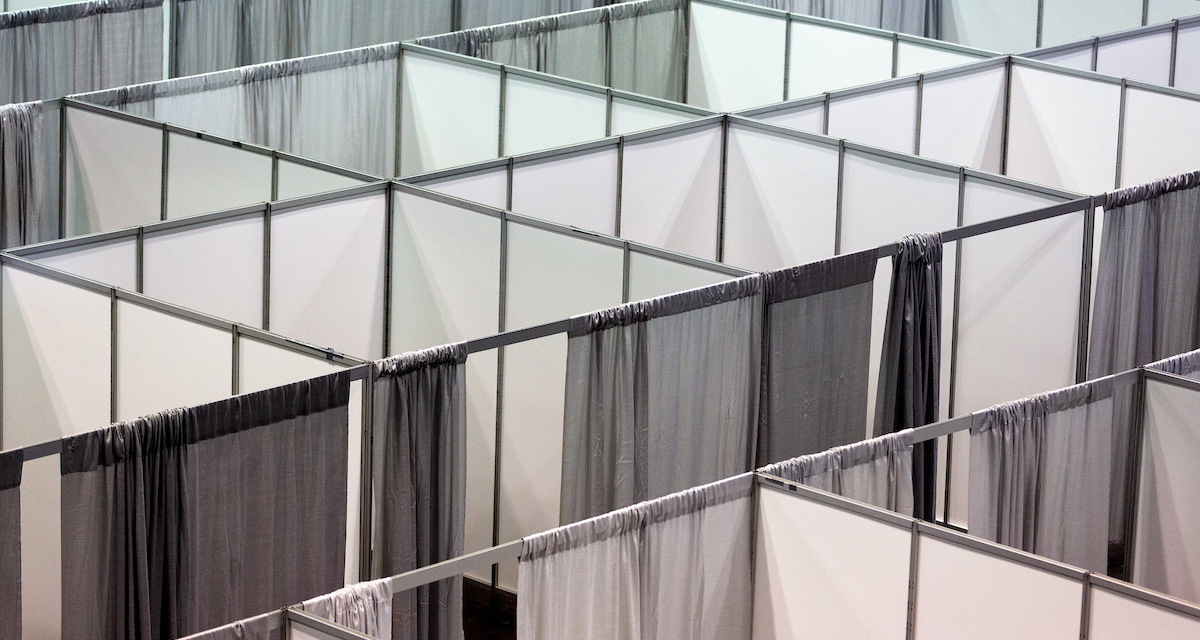 This essay is part of a special section on the pandemic in the Summer 2020 issue.

When the COVID-19 pandemic hit, my life as a critical care physician at a Boston area hospital quickly changed. Massachusetts has withstood the third-largest outbreak, by total number of cases, in the country. Patients who had contracted the new coronavirus were filling our intensive care units. Their lungs gave out; our days started early and ended late. To increase capacity, we acquired more ventilators and recruited new employees. Our surgical recovery room has been converted into an open intensive care unit exclusively for critically ill COVID-19 patients.

Another change: we started to cooperate with other hospitals in an original way.

The capacity of intensive care units in medium-sized hospitals in our region could evaporate overnight with an increase in admissions of patients with respiratory failure. Much larger institutions nearby had more space and some specialized technologies, such as extracorporeal membrane oxygenation (ECMO) – a kind of external artificial lung that pushes oxygen into the bloodstream and sucks out carbon dioxide, which may help some people with refractory lung failure. When I wasn’t treating patients, I was in daily phone meetings with doctors working in the greater Boston area. We shared data and learned where we could send critically ill patients when we ran out of beds. Something similar happened in New York, where the crisis, out of necessity, spurred unprecedented cooperation between hospitals across the state.

Pandemics lay bare the need for cooperation in health services. But cooperation and planning will be just as important after the pandemic is over and will need to go far beyond meetings. We must imagine a health system where the distribution of infrastructure and resources is not left to the dictates of the market, but planned rationally based on the needs of communities and the certainty of future disasters.

Planning has been a dirty word in healthcare for decades. Competition is today’s idol. But it was not always so: in the post-war period, although the United States failed to achieve European-style reform, a movement of “health planning” emerged. The Hill–Burton Act of 1946 provided billions of federal dollars to expand existing hospitals and build new ones, especially in underserved areas. In the 1960s and 1970s, state and later federal legislation – culminating in the National Health Planning and Resource Development Act of 1974 – created planning agencies to assess the health needs of local communities, to approve new capital projects and to ensure an adequate distribution of health infrastructures. But in the absence of universal health care funding for patients, a la Medicare for All, the movement has been only marginally effective – and the rise of a new capitalist health care paradigm in the Reagan era easily dismissed it.

The consequence has been a simultaneous excess and deficit in health infrastructure. Today, market forces dictate the life and death of American hospitals. The epidemic of rural hospital closures, for example, is not the consequence of a lack of rural health needs, but of the cold reality that meeting those needs is not cost effective. A major teaching hospital in Philadelphia closed last year, not because its low-income and disproportionately minority patients no longer needed its services, but because those patients were not generating enough revenue. One Journal of the American Medical Association A study found that, per capita, Manhattan has the most hospital beds among the five boroughs, but had the fewest COVID-19 hospitalizations. No wonder, then, that the virus has hit hospitals in outer boroughs with such ferocity.

The lack of planning is evident not only in the mismatch of hospitals and patients, but also in the distribution of basic supplies. “Coronavirus testing in California is still a frustrating patchwork of haves and have-nots” headlines one NPR story that described stark geographic disparities in testing access months into the pandemic. The logic of competition that underpins our national approach to health care has also resulted in chaotic and unnecessary bidding wars to test supplies and personal protective equipment (PPE) between hospitals and state and local governments.

The Medicare for All bills in Congress, if passed, would do much to advance planning: they mandate dedicated funding streams for capital health care spending. Adequate investment in stocks of PPE and other equipment – ​​and the ability to distribute them quickly – could also be undertaken by such a system. But we need to think of other ways in which planning could prepare us for the pandemics of the future.

Maintaining a large, idle but easily deployable “surge capacity” of ICUs, for example, is illogical in market terms: it costs money but generates no revenue outside of plague years. But this unused spare capacity benefits society. We need to rethink the design of the hospital, with areas that can be used in an emergency but otherwise unused. One example is Israel’s Ramban Health Care Campus, which has a large underground car park that can be converted into a 2,000-bed hospital within hours. Similar innovations could be considered for the inevitable calamities of our future and made available to all on a truly equal basis.

This, of course, requires abandoning the market ethos that is currently driving the expansion and contraction of health infrastructure. This requires rejecting the false promise of anarchic medical competition as the cure for our health care cost crisis. This does not mean going back to the last era of health planning, but rather reinventing planning for the post-COVID era.

Adam Gaffney is a pulmonary and critical care physician, public health researcher, and medical instructor at Harvard Medical School. He is president of Physicians for a National Health Program and is the author of To heal humanity: the right to health in history.