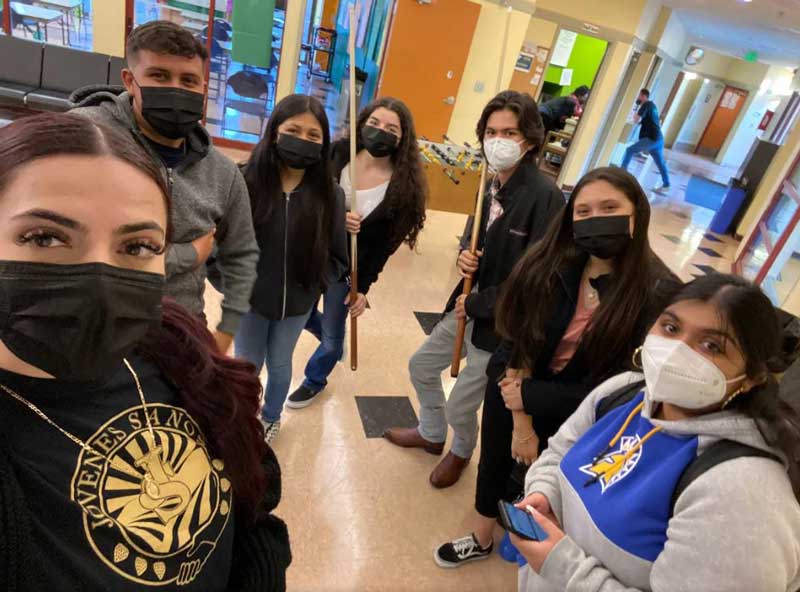 The event is part of the Youth Action Network’s ongoing pop-up series, which has seen the group work with local partners to hold events across the county throughout the spring and summer. The organization has so far hosted events in Santa Cruz, Scotts Valley, Live Oak and Watsonville.

“We have hosted many events in Santa Cruz County this year,” said Amanda Gamban, community impact coordinator for Youth Action Network. “This last one in Watsonville is important…it will focus on mental health.”

Youth Action Network is a community impact initiative made up of young people and adults, aiming to increase the well-being of young people by amplifying and strengthening their voices. Jóvenes SANOS focuses on increasing healthy eating and active living – and recently the group shifted its focus to address mental health as well.

The event will include a raffle, games and activities, community mural, live music and other performances, and more.

Lizabeth Garcia Lopez, a student at Watsonville High School and a member of Jóvenes SANOS, said mental health support is vital for her well-being and that of her peers.

“A lot of high schools don’t teach mental health,” Lopez said. “It’s hard for people to talk about it. But they have to learn it sooner or later, and it is better to know it from an early age. This will be a fun activity to engage students, teach them about mental health, such as ways to cope with stress at school.

Hosting the event in Watsonville is particularly important, she said.

“Being raised here in Watsonville, I didn’t have those kinds of resources,” she said. “We didn’t talk about it, at school or with my family. We don’t really talk about mental health in Hispanic culture. But I think it’s really important to teach people that to be healthy, you have to have good mental health. I really want the younger generations to have that support.

Community Impact Coordinator Pamela Velazquez said the organization has benefited from its partnerships with the Youth Center, where they have hosted events many times before. She also highlighted the work of Jóvenes SANOS in organizing the next pop-up.

“Throughout the summer, we held planning meetings with local youth to decide what this event was going to be,” she said. “We asked our partners to identify what their programming offers and what the community still needs.”

“With Covid, we’ve been stuck at home for so long,” she said. “We hope this will be a good reason for them to come out and connect. It will simply be a safe space where students can come to find support and connect with each other.