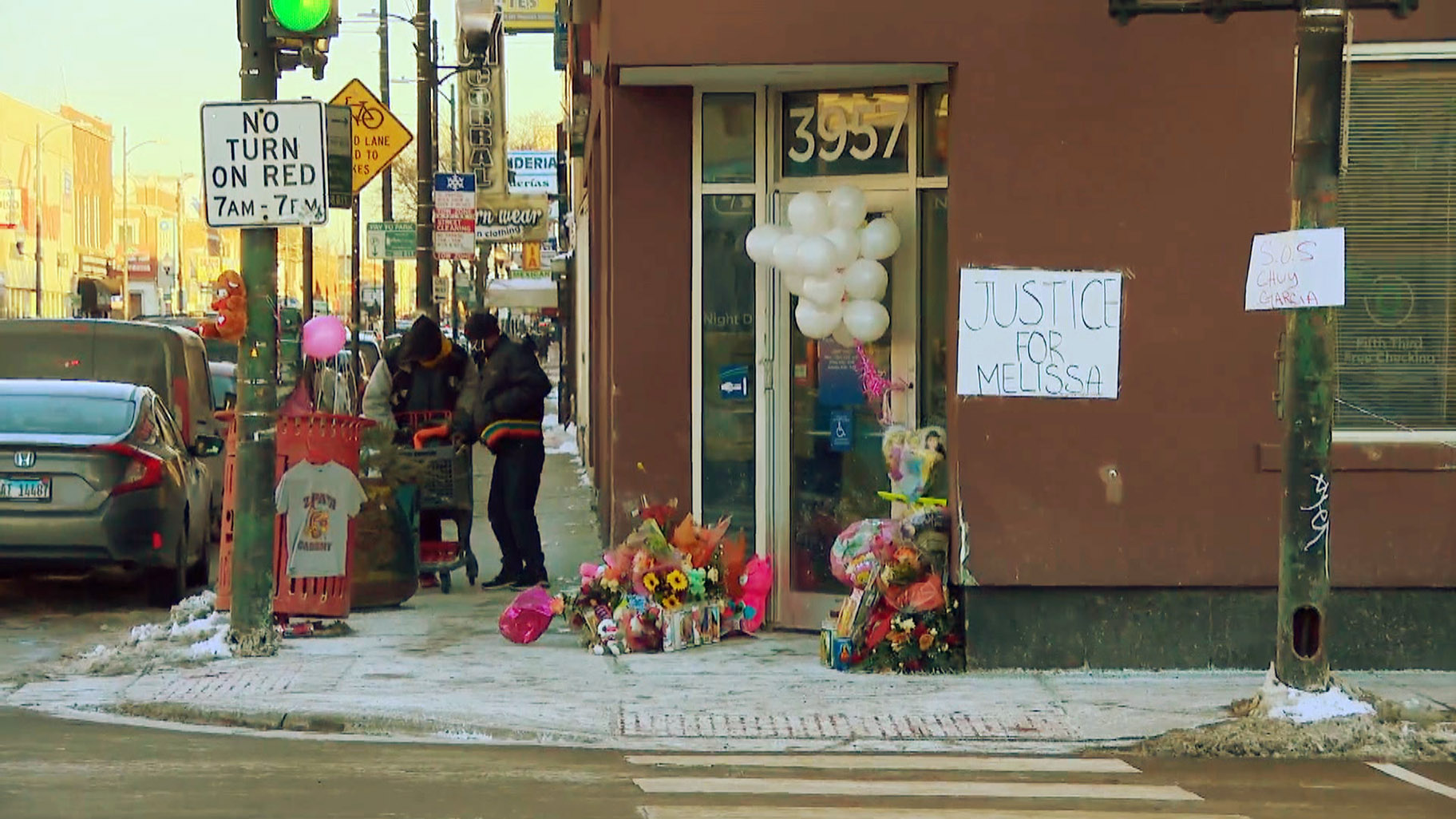 The fatal shooting of 8-year-old Melissa Ortega in Little Village shines a light on the town’s disturbing gun violence.

Ortega was crossing the street with her mother when police say she was shot by 16-year-old Emilio Corripio. Prosecutors say the teenager was shooting rival gang members. Xavier Guzman, 27, the alleged driver of the getaway, was also arrested. Guzman and Corripio face first degree murder charges and are being held without bond.

In a statement, Ortega’s mother, Araceli Leaños, said, “I forgive you. You were also a victim. At 16, the community failed you, just like it failed my precious baby. Although I hope that in the many years you have spent in prison, you will have time to reflect on your actions because you took away the most precious thing I had in my life.

Despite the swift arrest, some community groups say their calls for more resources to address the violence have gone unanswered.

Baltazar Enriquez, president of community organization Little Village Community Council, says he believes justice in this case cannot be served, but efforts can be made to prevent it from happening again. He believes a starting point would be to add mental health resources to the community.

Ana Solano, an organizer with the community organization Unete La Villita, attributes widespread gang-related violence in Little Village to the relative poverty of its residents.

“I’m aware there are gangs in our neighborhood, but I think it’s a deeper issue than that. I think we have a problem with poverty and it’s not due to any moral fault on our part, but systemically we’re under-resourced, they’re closing our mental health clinics,” Solano said.

Solano points to the police budget to illustrate how she thinks funds could be better allocated to address violence in Little Village.

“Right now their budget is $1.89 billion…which could give us 1,250 anti-violence advocates, 400 CPS social workers, 300 CPS school psychologists, and 10 mental health clinics. “, she said. “So I’m not sure exactly what the police should be doing, but I just know that we don’t all feel safer with a stronger police presence and I would call for allocating those funds to the resources needed.”

Chicago police arrested the suspects days after the shooting, but Enriquez believes the arrests of the suspects were the result of community input more than police efforts.

“The community solved this crime,” Enriquez said. “I mean, the police department played a role, but the community is the one that spoke up and said ‘no, that’s what happened and here’s the video’, so the community resolved the problem, so we know how to control ourselves.

Enriquez also assigns responsibility for Corripio’s crime to the Cook County State’s Attorney’s Office, as Corripio committed the murder while on intensive juvenile probation after pleading guilty to two carjackings.

“Kim Foxx has let County down. She learned to let go of criminals when they commit a heinous crime. She learned to put them under surveillance. So I think heinous crimes should stay in jail,” he said. “There must be both responsibilities of the government and also of the community, but here the government has totally let the community down because they don’t send resources and whenever a crime is committed to us, we stay silent because we don’t. I don’t trust the police department, we don’t trust the government because they took away our right to participate in the system.

Enriquez says his organization is working on its own to meet the mental health needs he sees in the community.

“We are going to open a mental health clinic here in Little Village where you don’t have to have insurance. Your legal status does not matter. You can walk in and say, “Hey, I have a problem” and get the treatment you need. »

A local nonprofit has donated $135,000 to elevate community health programs in eastern Idaho