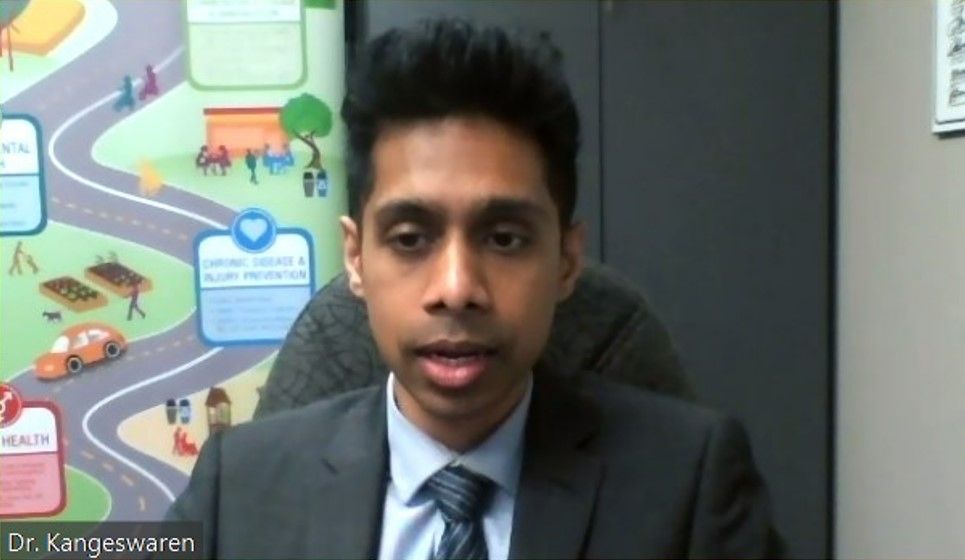 Convinced that cooperation with other partners will be essential in the months and years to come, the new Chatham-Kent Medical Officer of Health hopes that a comprehensive approach will help improve outcomes in the community.

Dr. Mario Kangeswaren, who took office late last month, took part in a virtual media availability on Wednesday to address next steps and his vision for public health in the region.

He said he believed those already involved with the public health agency remained an asset, noting their efforts since the COVID-19 pandemic began two years ago.

“We have a very hardworking and dedicated team,” he said. “There were staff working overtime, time they could have spent watching their children grow up.”

To date, Kangeswaren has participated in an extensive orientation process within the health unit, as well as the municipality and the community as a whole.

This process included a variety of introductions, meetings and off-site excursions to better familiarize with local organizations, groups and stakeholders.

Kangeswaren said he was continuing to work with staff to develop his public health priorities, with further details to come.

“We have a new strategy coming out…something in the works this fall,” he said. “(We) are taking a closer look at what’s going on with the community and what our real priorities are.”

As for the opioid crisis plaguing Chatham-Kent and other jurisdictions, he expects continued engagement with partners to help formulate a community-wide strategy.

Continued cooperation with school boards on pandemic health and immunization issues is also important, he added.

Kangeswaren, who said he has been enjoying his time in Chatham-Kent so far, received his medical degree from the University of Saba in the Netherlands more than a decade ago.

He has practiced in different communities across Canada and the United States, including rural areas, urban centers and Indigenous communities.

He recently worked with the Northern Ontario School of Medicine in Sudbury for the Public Health and Preventive Medicine group, which included residencies with different health units across the province.

April Rietdyk, executive director of community social services, said Kangeswaren is technically considered an interim medical officer of health since only the province has the authority to appoint a permanent person to the position, which it does after reviewing the necessary documentation. .

“All medical officers of health are hired in an acting role,” she said. “That’s why we still see acting MOHs in some of our neighboring communities as well.”

Given Kangeswaren’s vast experience and people skills, Rietdyk said she believes Chatham-Kent is in good hands.

“We hope we have him here for a long, long time,” she said.