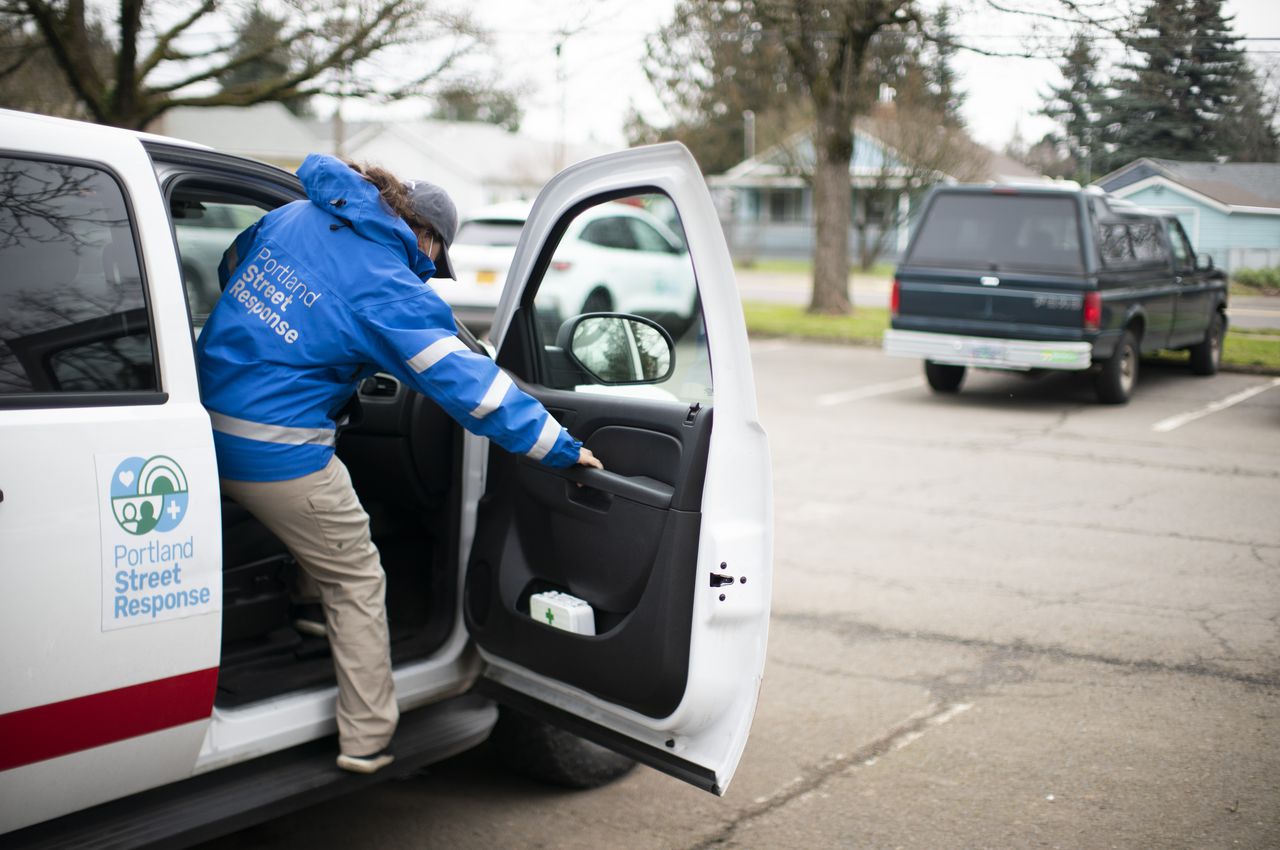 When City of Portland voters were asked what assistance they wanted to prioritize for homeless Portlanders, they overwhelmingly cited more mental health resources, according to a new poll commissioned by The Oregonian/OregonLive.

A total of 43% of Portland voters said increasing mental health support services for homeless people is the highest of three potential options to deal with the crisis. In contrast, 21% called for increased non-police mental health emergency responders and 17% for increased access to alcohol and drug recovery services as a top priority, according to the poll of 300 Portland voters conducted by DHM Research from Oct. 5 to Oct. 10. Only 12% of voters surveyed said none of these three options were a priority.

While additional state and federal mental health funding is expected to arrive, local providers say it won’t be close enough to help everyone in need.

Elsewhere in the poll, more than 80% of city voters said they support Mayor Ted Wheeler’s drive to remove homeless camps along commonly used city routes to schools. And 76% called for more policing in Portland, while just 8% called for less policing.

Voters shared these views ahead of an election in which voters in the Portland tri-county area named homelessness their top concern, with 94% saying it is a ” very big problem.”

The poll, conducted by DHM Research, had a margin of error of plus or minus 5.7 percentage points for results specific to the city of Portland.

A statewide poll of 600 Oregon voters commissioned by The Oregonian/OregonLive found that 61% of voters, both in the Portland Tri-County area and statewide, believe homelessness is primarily caused by mental illness and addiction, double the rate who said it was primarily caused by a lack of affordable housing. This poll, also conducted by DHM Research, was conducted on September 23-24. He had a margin of error of plus or minus 4 percentage points.

That poll found Portland-area voters were split on how best to put a roof over the heads of the unsheltered: 41% said local governments should create permanent housing like converted motels and resorts affordable apartments, even if it takes longer, while 36% said it would. better to create group shelters as soon as possible so that almost all Oregonians live inside and 22% did not know where to aim.

Last week, Willamette Week shed light on Portland Mayor Ted Wheeler’s plans to create three large licensed campsites that can accommodate 500 people each. However, the locations, site managers and other factors needed to make his plan a reality were not secured. Wheeler plans to publicly flesh out his plans on Thursday or Friday, his office said Tuesday.

Homelessness policy experts, homeless service providers, advocates and homeless people have all registered objections to the so far rudimentary plan.

Before Wheeler’s plans to try to create mega-camps began circulating, DHM pollsters presented Portland voters with a range of options to gauge their level of support. While 84% said they thought homeless camps should be removed from routes to schools, only 57% said people should be forced against their will into any available shelter. Many advocates for homeless people, nonprofit workers and people without housing said the forced removal caused undue trauma and pointed out that many people did not feel safe sleeping in the available shelters.

And while many people want to see homeless camps removed from sidewalks, voters are less willing to accept various forms of shelter in their neighborhoods.

This has been seen in real time over the past two years as the city attempts to secure six locations for Portland Commissioner Dan Ryan’s Safe Rest Village project. The collection of small villages of houses has been delayed for almost a year, in part because neighbors in some parts of the city have vehemently objected to people who were previously homeless finding stability in their neighborhoods. . So far, only one village has opened.

At least 50% of voters in the city said they would strongly or somewhat support all of these options except allowing people to live in nearby cars or motorhomes. Only 12% expressed support for the idea, while 87% said they opposed it.

Carole Murphy, who took part in The Oregonian/OregonLive poll, said she doesn’t think forcing people into a large camping area is the answer. She thinks people should have bathrooms and weather protection, but wants to see a more humane way to meet those needs.

Murphy said his nephew suffered from schizophrenia and was nearly homeless, it was “a nightmare” trying to get him help.

She said people place too much stigma on addiction, which adds to the difficulty for people who suffer from it to access care.

“It’s so much more accepted to be an alcoholic than to be addicted to other substances,” she said. “Guess what? I’m 71 and I’ve tried all these drugs. We all did it back then and I was lucky I didn’t get addicted. But it’s not because that someone made a mistake that they shouldn’t be helped, because quitting drugs is hell and you certainly can’t do it without support.

The vast majority, in addition to wanting more funding for mental health resources, Portlandvoters told pollsters they were open to building affordable housing in their neighborhoods to address homelessness, with 50% of Portland residents strongly supporting this work and 25% saying they supported it somewhat.

To sign up and receive our weekly newsroom newsletter summarizing our most important election coverage, simply click here.

Nicole Hayden reports on homelessness for The Oregonian/OregonLive. She can be reached at nhayden@oregonian.com or on Twitter @Nicole_A_Hayden.